I just got back home from an extended stay in Los Angeles (you can find pictures here and here) and of course I had to try some cupcakes. After all, they are american, right? At least I think so. Anyhow, I love cupcakes because of the countless combinations of cake and frosting. And the small size makes them perfect for sampling many different flavors :) In Beverley Hills I spotted the famous cupcake Bakery Sprinkles and I just had to go in and buy something, all in the name of research, of course.

Have you seen the Cupcake ATM they have next to the store? SO cool. After I did some serious thinking I got the Vanilla and Milk Chocolate Cupcake, mainly because: 1. You can never go wrong with such a classic combination and 2. I don't like buttercream and it was one of the cupcake flavours made with cream cheese frosting instead. And trust me, this little calory bomb did not dissappoint. I had eaten all of it before I could even leave the store, it was that good. The cream cheese frosting was tangy enough to really let the chocolate flavour shine and the vanilla flavour of the cake itself wasn't overpowering. A great combination of texture and flavour! Right then and there I decided to try and bake the same cupcake at home. I researched recipes on the internet and went right to work, as soon as I was home. And after some tweaking and some testing, my friends, who double as my guinea pigs when it comes to my baking, said that the cupcakes taste amazing! The cupcake is moist yet airy at the same time and not to sweet, this way the chocolate frosting can really shine. If you're looking for a crowd-pleasing cupcake recipe that is just as delicious as it is easy to make, this is the one for you!

Ingredients for the cupcakes:

Preparation of the cupcakes:

Recipes adapted from Joy of Baking and Cupcake Jemma 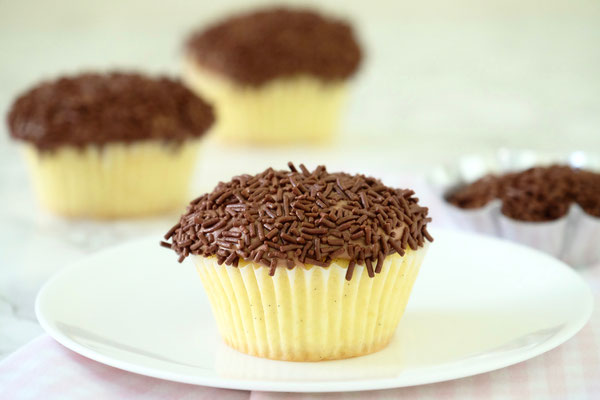 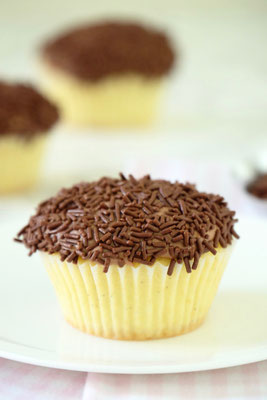